We're super excited to announce that

hp_nextgen_fest will be back in 2019! You can find this year's schedule below, along with a couple of changes for this year's fest.

The primary change for this year's fest is in regards to fest platform. This year's fest will NOT be running on livejournal, and this will be the last time we post about the 2019 fest on LJ. All fest works will be hosted on AO3 as they have been in past years, and fest announcements will be made on our tumblr and dreamwidth communities, so please follow there for the latest updates on the fest! Headers will be exclusively hosted on tumblr, but we will be posting weekly round-ups and the masterlists on dreamwidth for those of you who'd prefer to follow the fest there.

Thank you for your understanding as we make these necessary modifications to the fest. We hope to see you all at the beginning of August for prompting! Keep an eye out for banners in the next several weeks. :) 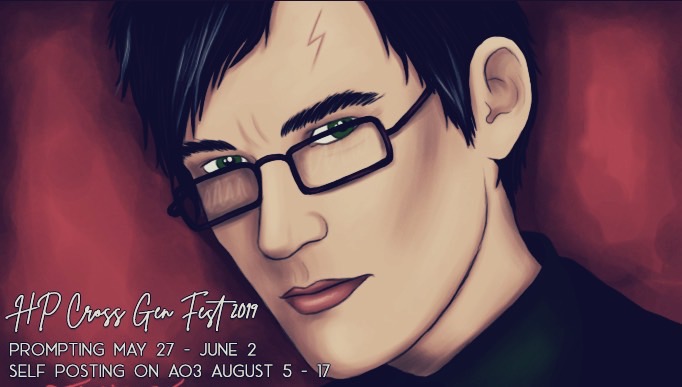 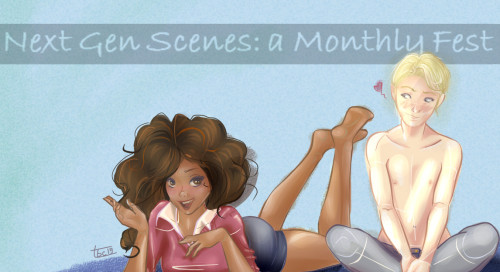 What is Next Gen Scenes? We are an anonymous, monthly Harry Potter fest centred around Next Gen characters. Our aim here is to promote more fiction written with Next Gen as main characters because there’s simply not enough!

We’ll post five monthly prompts. Authors can use one (or more) of the prompts as inspiration and submit scenes under 1000 words, featuring a Next Gen character as one of the main characters. Go to the submissions part of our rules for more info--how to post them, what you can submit, etc. You can find our schedule here, and if you want to leave prompts, you can do that here! ♥

If you have any questions, feel free to e-mail us at nextgenmpsmods (at) gmail (dot) com.

The time has finally come for the 2018

Thank you so very much to everyone who has made this fest such an amazing success! We were incredibly impressed with the overwhelming enthusiasm you all have for our favorite Next Gen characters. Everyone who submitted stories and art, and those who read, reviewed and recced: You guys are amazing!!

It's been really great seeing everybody's fantastic creations, and we hope you all enjoyed the fest as much as we did!

Without further ado, here's a list of all the amazing participants who worked so hard to create fabulous things for this year's fest!

Here is the complete Anonymous Masterlist for the 2018

Reveals will be going up this Friday on November 30, so there are still a few days left to make your way through any entries you might have missed. Don't forget to leave some comments on these amazing creations to let the authors and artists know how much you've enjoyed their hard work! :D

And that's a wrap! We've reached the end of this year's

There will be a complete anonymous masterlist going up tomorrow and reveals will happen on November 30. Plenty of time for everybody to catch up on reading, commenting, and reccing! :D

Pining [Lily Luna/Rose | PG]
It's a wonder no one besides Hugo has noticed that Lily Luna is pining for Rose.

Let it Bloom [Lily Luna/Pansy | NC-17]
After their one-night stand, Lily had thought she wouldn’t be seeing more of Pansy. She’d never been so happy to be wrong.

They would have told me, right? [James Sirius/Scorpius | PG-13]
Albus had heard the rumours. It was hard not to when his best mates were the subject.
He loved them. Scorp and James. He really did. But he wouldn't complain if they decided to take it down a notch, though. Snaps with the people they presumably actually dated. Maybe a statement to the press. But Scorpius would just laugh in that disarming way he had from years of PR witches' work to smooth out the awkward. We're just mates. And then turn around and he would have Jamie on his lap, handsy as only two boys living out of suitcases and Quidditch locker rooms could be. They were up in each other's pockets so long now, it was impossible to think of one without the other. The press had a name for that: Scames.

Rarely Pure and Never Simple [James Sirius/Teddy | NC-17]
James really enjoys his life. He likes sharing a flat with his best mate, Teddy. He likes being work-partners with said best mate. He likes going out at the weekends and shagging random girls. At least, that’s what he tells people. The truth isn’t that simple, and when James accidentally manages to get hit by a curse that makes him unable to lie he learns that hiding the fact that he’s completely and utterly arse over tit in love with Teddy is more complicated than expected.

I Have To Tell You Something [Lily Luna Gen | PG]
Lily used to love family dinners until divorce, Quidditch contracts and one too many arguments ruined the atmosphere. Now that things were finally getting better, she's forced to bring her own problems to the table. Because even her tough-woman act isn't strong enough to hide the demons in her mind anymore.

Everything He Ever Wanted [James Sirius/Teddy | PG-13]
James has had a lot of favorite things in his life...or has he?

Out of Hand [Albus Severus/Harry | NC-17]
Al gets into constant trouble at school and Harry is at his wit's end. Maybe a firm hand will set him right.

Hallo Spaceboy [James Sirius/Teddy | PG-13]
“If this mirror could talk,” James remembers declaring, already one drink down and trying to tidy up his ridiculous costume eyeliner, “it would say we look bloody amazing.”

Teddy’s arm was warm when he wrapped it around James’s shoulder, pulling him closer.

“We always do, love.” Teddy tugged on a long curl of James’s hair before tucking it behind his ear, then smoothing the whole lot of it back. “We’re the fittest blokes at the party, us.”

James’d had to give up on the eyeliner after that; he was grinning too hard, flushed and happy and basking in Teddy’s attention (fit blokes, we’re fit blokes, that’s us), and he couldn't bloody stop.

the salacious ideas of peculiar boys [Albus Severus/Scorpius | NC-17]
Albus and Scorpius have never been lacking on the idea front, but this time, rather than trying to change time and consequentially resurrecting a great darkness and eternal gloom, they've decided to try out something a little more... sexually experimental.
alternatively titled: fellas, is it gay to jerk off your best friend?

writcraft
Pairing(s): James Sirius Potter/Sirius Black, mention of past James/OMC
Rating: NC-17
Word Count: ~11,700
Content/Warnings: There's nothing the rating or the pairing wouldn't imply. Open ending.
Summary: What are the ethical complications of falling for a person you're named after? How about the logistical complications of falling for someone who shouldn’t be alive? James would rather, he finds, not look too closely at either, not when Sirius makes him forget anyone else exists.
Author's Notes: Writcraft, thank you for the opportunity to write a pairing I honestly never thought I would write! It was a challenge and a fun one. Thank you to the mods for patience and kindness and for running this fest, even as challenging as it can be. Thank you to e for the once and twice-over.
Disclaimer: Harry Potter is the property of JK Rowling and associates. No copyright infringement intended.

crazyparakiss
Pairing(s): Albus Severus Potter/Scorpius Malfoy (minor Yann Fredericks/Polly Chapman)
Rating: NC-17
Word Count: ~25,000
Content/Warnings: Underage (just in case as both boys are legal in the UK, where it's set, but they are under 18)
Summary: "You've wanked one another off," James asked and when Albus nodded 'yes' his brother went mental. "Friends don't wank one another off, Al," James half-shouted., "Jesus, you're an idiot."
Albus and Scorpius have never been lacking on the idea front, but this time, rather than trying to change time and consequentially resurrecting a great darkness and eternal gloom, they've decided to try out something a little more... sexually experimental.
alternatively titled: fellas, is it gay to jerk off your best friend?
Author's Notes: Thanks so much to Rosie for beta reading this story and Crocs for being the best cheerleader and having daily phone calls for hours on end with me that got me to write! (also the Yann/Polly is for Kat <3 such a babe)
Disclaimer: Harry Potter is the property of JK Rowling and associates. No copyright infringement intended.

Teddy’s arm was warm when he wrapped it around James’s shoulder, pulling him closer.

“We always do, love.” Teddy tugged on a long curl of James’s hair before tucking it behind his ear, then smoothing the whole lot of it back. “We’re the fittest blokes at the party, us.”

James’d had to give up on the eyeliner after that; he was grinning too hard, flushed and happy and basking in Teddy’s attention (fit blokes, we’re fit blokes, that’s us), and he couldn't bloody stop.
Author's Notes: Big, big thanks to my beta and britpicker for being very excellent humans, and to the mods! Title from Hallo Spaceboy by David Bowie
Disclaimer: Harry Potter is the property of JK Rowling and associates. No copyright infringement intended.